Park open only for daily exercise

Please take into consideration the latest government advice on coronavirus when visiting Walton Hall and Gardens. Read our latest statement…

Our zoo started life in the early 1960s as a set of six aviaries and we remain one of the last few council Children’s Zoos left in the country!

We have an array of animals ready to give you a warm welcome, including our three alpaca musketeers Jim, Mally and Topaz! We’re also a home to Lenny and Charlie our jovial donkeys and our beautiful rabbits – Thumper, Meadow, Borrit, Flopsy and Mopsey! There’s also Peppa and Missy our potbellied pigs as well as sheep, African Pygmy goats (look out for Mr Bumble), guinea pigs and a colourful array of birds including our charming Peacocks of course!

You’re also likely to catch a glimpse of our native Red Squirrels who are part of the nationwide breeding programme of which Walton Hall and Gardens plays a really important role! We’re open in all weathers come rain or shine (and the occasional snow) so come along to the Children’s Zoo and spend some time with our friendly crew!

Your adoption money has so far been invested into ‘luxury’ items for the zoo – things we wouldn’t normally be able to afford, such as shelter for the alpacas, Herdwick sheep, ornamental waterfowl, squirrel sheds as well as an incubator, rugs and harness for the donkeys, a set or ornamental entrance gates, our lovebird aviary, feed troughs and veterinary scales. 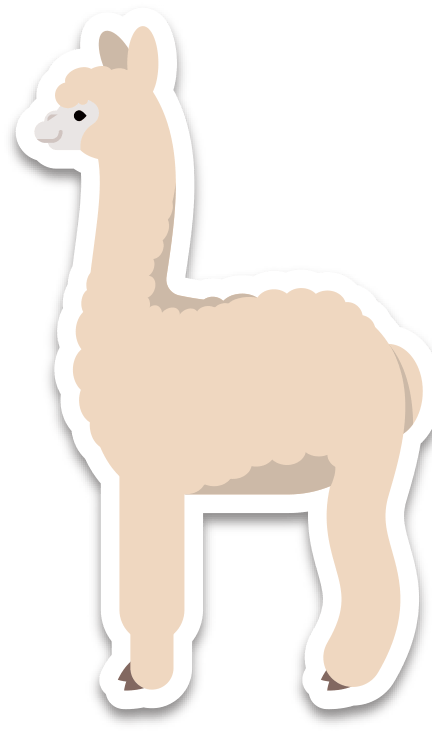 Did you know that alpacas have been around for around 6,000 years and can be found high up in the Andes Mountains in South America at 4,000 metres! The ancient Inca civilisation treasured alpaca and their fine fleeces were reserved for Inca royalty. In fact alpacas were so important to the Incas that remains were often buried in the floors of houses as offerings to the Gods! We know this because remains have been found that are very well preserved due to the rain free environment! Alpacas have been in Europe since the 19th Century, mostly in zoos, although Queen Victoria and Prince Albert owned two – one black and one white! At the children’s zoo we’ve got three alpaca that we introduced in October 2015. As these are the first alpaca we’ve cared for at the zoo we’re really enjoying finding out about these amazing creatures. Don’t be fooled by their appearance though! Alpaca aren’t very cuddly animals and have quite high opinions of themselves. They’ll let you stroke them but only on their own terms! Over the last few years we’ve taken our alpaca for walks around the park which they really enjoy; they are very inquisitive animals and like to stroll around munching on different grasses and plants. If you think you’d like to get to know them we have walks throughout the year…

Did you know that African Goats can be traced back as far as 9000 years?  Although there are now many breeds of goats they all share the same characteristics. Unsurprisingly as the name suggests the African Pygmy Goat is one of only four breeds of goat that originate from Africa.  In fact most domestic goats come from Asia.  The African Pygmy Goat is sometimes called the West African goat or the Nigerian Dwarf. These goats were originally made tame (domesticated) by African villagers for their milk as they produce a lot of milk for their size! Here’s another interesting fact – Did you know African pygmy goats spread to other parts of the world when whalers discovered they were easy to transport on their ships and provided milk and meat for the long voyages? Obviously, that’s not the reason we keep them! We keep them because they’re extremely sociable and you’ll find them in big groups inside our zoo. They’re keen climbers and like nothing more than hoofing around on our climbing frame…

Did you know that Donkeys were domesticated long before the horse, in fact they were among the first animals to become domesticated, after the dog and cat! Related to horses and ponies, donkeys look different because of their 6000 year history.  Whereas horses and ponies lived on rich grasslands such as prairies, donkeys lived on marginal desert land and became very good at surviving on very little.  As food is scarce in desert environments, donkeys spread out, developing an amazingly loud bray, which can be heard up to two miles away, as well as developing larger ears so they could hear their distant donkey neighbour! Interestingly donkeys were first tamed in the Nile valley some 4000 years and was introduced to Europe around 2000 BC by the Roman legions who used them as pack animals and to pull supply wagons. At our zoo we’ve two donkeys - Lenny and Charlie who arrived in June 2011!  Unlike the other animals we don’t own the donkeys, they’re foster donkeys from the Donkey Sanctuary.  Lenny and Charlie love to play chase and will run round the field trying to bite each other, it often looks very rough but this is just how donkeys behave! They are wild asses after all!

Did you know that the peacock is the national bird of India and that they’re the largest member of the pheasant family? The distinctive and colourful bird we know and love is actually the male, easily recognisable by its distinctive bright feathers and impressive tail display. Females are called peahens and are a little drab in comparison, she’s mostly brown with a white stomach, although she also has some green neck feathers and a crest on her head. Now here’s some history - Phoenician traders from ancient Syria in the time of King Solomon introduced the birds to present day Syria and Egypt. As this was over 3000 years ago you could say peacocks are living history! We’ve been keeping peacocks at the children’s zoo since 1978 and it all began with two males and two females that came from a private collection in Stockton Heath. In fact all of our peafowl are direct descendants from these original birds! Did you know that we had to take out picnic benches that were situated just outside the zoo entrance because the peacocks would terrorise families and rob their food? They’re greedy birds so watch out and put those crisps away whilst you’re walking around the zoo… Just kidding!

Now here’s an interesting fact - Potbellied pigs originated in the jungles of Vietnam and China! Even more interesting is the fact that in the wild they blend into the dark undergrowth of the jungle helping them hide from predators. However because it’s so dark they have very poor eyesight, in fact it’s very common for the skin on their face to become saggy and hang down over the eyes making the them practically blind.  Not to worry though because this pig has a super sense of smell which they use to forage for food. Their sense of smell is so keen that they nostrils are as good as eyes and with head down you’ll often see them rooting through the ground in search of juicy insects and roots. Take a quick peak at their paddocks in our zoo to see just how destructive this habit can be! Their super sense of smell also alerts them to danger in the wild, not so important in Warrington but you can imagine the predators they would have back in the jungles of China and Vietnam! At the Children’s zoo we currently have two pigs, Peppa and Missy. Come and say hello soon, they’re a friendly couple!

Did you know that rabbits are an ancient animal and that rabbit fossils have been found dating back 30-40 million years?! The wild rabbits, which you will see at Walton Gardens and the pet rabbits we have in the zoo are both descendants of the wild European rabbit. Interestingly rabbits were first brought to Britain by the Romans in the 12th century who kept them in fenced off warrens and used them for their meat and fur. French Catholic Monks also bred rabbits and are responsible for the breed of rabbits still with us today; the Champagne De Argent, which is a silver rabbit. Most of our rabbits live in our purpose built runs that are at the zoo entrance.  There are 3 runs and where possible our rabbits live in friendship groups, however as most of our rabbits are rescue rabbits, we do have the odd lone rabbit who prefers their own company!

Red squirrels are native to the British Isles and probably first arrived in Britain after the last ice age when most of Britain and Ireland would have been covered with conifer forest. As our climate warmed, the red squirrels adapted to Britain’s environment as the conifer woods in the south were replaced by broad-leaved woods of oak, beech and ash. Sadly in Victorian times grey squirrels were brought over from North America as pets – and the rest as they say is history. Did you know that the first recorded release of grey squirrels into the wild actually happened in Hensbury Park Cheshire in 1876? After other releases it was made illegal to release grey squirrels into the wild in 1930! Grey squirrels are now so successful that red squirrels are nearly extinct in Wales and England, with some colonies remaining in the Lake District and Northumberland.  So far Scotland is still a stronghold for our native red, but greys are slowly working their way up the country. The squirrel groups we keep at the Children’s zoo change regularly, as squirrels can move to other breeders or change cages. There is an up to date display in the visitor centre explaining who lives where, the number of young produced and where the young born at Walton have moved to.  Our rangers are always happy to chat about the squirrels as well!  Currently our children’s zoo is home to a new pair who we hope will breed for the first time this year! To date 38 kittens have been born at the zoo, five of these have been released into the wild on the Isle of Anglesey and the remainder have moved to start their own families to Knowsley Safari park, Cotebrook shire horse centre, Dudley zoo, Bolton animal world, British Wildlife centre and the Welsh mountain zoo.

At our zoo we’ve two donkeys - Lenny and Charlie who arrived in June 2011! Lenny and Charlie love to play chase and will run round the field trying to bite each other, it often looks very rough but this is just how donkeys behave! They are wild asses after all!

To date 38 kitten have been born at the zoo, five have been released into the wild on the Isle of Anglesey and the remainder have moved to start their own families to Knowsley Safari park, Cotebrook shire horse centre, Dudley zoo, Bolton animal world, British Wildlife centre and the Welsh mountain zoo.